We take great care making the highest quality tortillas that always enhance the flavor of whatever spices, sauces, & fillings you want to add.  They have a great traditional taste when enjoyed on their own too. We want to share this tradition from our family’s kitchen to yours.

Herradura Foods is a Springdale, Arkanasas based tortilla factory.  La Herradura brand tortillas started being made in 2003 in a small tortillaria in Southeast Sprindale.  The business has since expanded into a bigger factory and now has three brands of tortillas, La Herradura, Fuentes, and Oro, sold in grocery stores and served at restaurants in Northwest Arkansas and the surrounding regions.

Joe Holcomb, owner, shares a deep connection to Springdale as his family has been in Northwest Arkansas for nearly 175 years. His goal has been provide the area with better tasting and healthier options for the tortillas every family loves and improve the quality and innovative assortment available.  Supporting local business is important part of Herradura Foods and we look forward to being part of the growth in Springdale and surrounding communities.

If you take a walk down the Razorback Greenway to the Holcomb’s Spring marker, located in Springdale near the headwaters of the historic spring, you will see where the John Holcomb family made their home in the 1840’s. A visit to the nearby Shiloh Meeting Hall will show you where the Elder John Holcomb completed his nearly 30-year pastorate of the Shiloh Primitive Baptist Church in the decades after the Civil War. Holcomb Street and Emma Avenue were named and platted by John’s son, Jo Holcomb, who was the first mayor of Springdale in the late 1870’s. These country roads will give you a glimpse into the contributions and ties the first two generations of the Holcomb family have to the rich and colorful history of Northwest Arkansas.  Joe, part of the seventh generation of the Holcomb family in the area, and is carrying the proud family tradition of service into the 21st century.

The first step in producing our quality products is finding the right ingredients. We source our ingredients locally when possible and always strive to find the best options for our customers 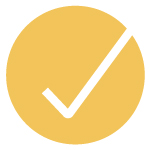 Our tortillas undergo multiple quality checks during the production process. Each batch is examined before it is packaged to ensure our standards are upheld 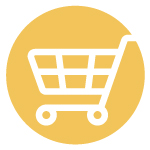 We continue to make sure quality is the number one priority even when our products make it to the store. Because our products are made with the minimum amount of preservatives, our drivers are consistently checking the shelves to ensure you’re getting the best product